Ed. Züblin AG is helping to build a new multifunctional sports arena, SAP Garden, in Munich’s Olympic Park. ZÜBLIN impressed the client, Red Bull Stadion München GmbH, during the award process with its technical expertise and wide-ranging competence in stadium construction. The future venue of the three-time German ice hockey champions Red Bull München and the Bayern Munich professional basketball team, with a capacity to seat up to 11,500 spectators, is being built on the site of the former Olympic cycling stadium. Additionally, ZÜBLIN has become an “Official Partner” of Red Bull München.

Following the start of construction in October 2020, the ZÜBLIN project team is now realising the complex structural works with a gross floor area of approx. 70,000 m². The contract also includes three additional canopied ice rinks as training facilities and for recreational use. With its façade of vertical lamellas, the multifunctional sports arena designed by Danish architecture firm 3XN forms an architectural eyecatcher that blends harmoniously into the Olympic Park ensemble thanks to a lush green roof.

The challenge: logistics and LEAN.Construction

ZÜBLIN’s Bavaria subdivision, with its civil engineering and structural engineering business units, is leading the project hand in hand with several other STRABAG Group entities, including ground engineering and steel construction teams from Züblin Spezialtiefbau GmbH and Züblin Stahlbau GmbH. “We are proud to have been awarded the contract to realise this flagship project for sports infrastructure in Germany. This ambitious undertaking gives us the opportunity to contribute a wide range of ZÜBLIN expertise in structural and civil engineering in addition to our know-how in LEAN.Construction,” explains ZÜBLIN board member Harald Supper. “The biggest challenges for us on the construction site are coordinating the various trades involved and managing the logistics of the enormous volumes of material in such a short amount of time,” adds Ludger Koch, technical manager of ZÜBLIN Bavaria. Six cranes are in operation on the construction site to place 54,800 m³ of concrete, 8,600 t of reinforcing steel, 111,000 m² of formwork and 2,950 m³ of sand-lime brickwork, among other things, within tight takt time calculations.

In addition to the 11,500 seats, including around 1,000 business seats and eleven boxes for 156 spectators, SAP Garden will also accommodate fan shops, offices and conference rooms. The arena’s underground car park will provide 220 parking spaces, while a further 4,000 spaces are available at the nearby Parkharfe Olympiapark car park. SAP Garden will be able to host up to 40 ice hockey games, up to 40 basketball games and up top 40 other sports or sports-related events every year.

With its Subdivision Bavaria, ZÜBLIN has maintained a firm presence in Munich for decades, realising numerous construction projects in the city and surrounding region. In part as an expression of these close ties, Ed. Züblin AG has decided to support the local ice hockey scene. In the ongoing and upcoming seasons (2020/2021 and 2021/2022) of the German Ice Hockey League (PENNY Deutsche Eishockey Liga), ZÜBLIN will be an “Official Partner” of Red Bull München.

Christian Winkler, the managing director of Red Bull München, says, “‘Finding the best solution for every challenge.’ We share this philosophy with our new partner Ed. Züblin AG. Because our team always strives for the best as well. Both partners stand for success: ZÜBLIN in German structural and civil engineering, we in ice hockey. The company is also firmly established in the region with its Munich subdivision. We are looking forward to our future partnership with Ed. Züblin AG.” 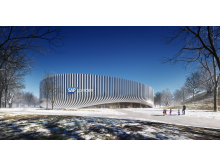 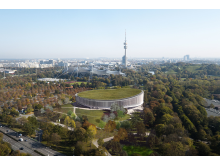