The new office building was handed over to Axel Springer SE by general contractor Züblin in a symbolic key handover ceremony on December 19, 2019, marking the successful, on-time completion of the building before the end of the year. The coming months will see the furnishing and final touches on the rooms, enabling various departments and companies of Axel Springer SE to begin moving into the new building on the site of the former newspaper district and along the former wall beginning in spring 2020. The new building, which is located in close proximity to the existing Axel Springer high-rises and the Axel Springer Passage, will accommodate some 3,500 employees with over 52,000 square meters of space.

Mathias Döpfner, CEO of Axel Springer SE: “Over the past roughly three years we have followed the creation of this building with growing anticipation, and with great respect for the architectural and construction acumen of the involved teams. To date, everything has been completed on time and on budget. We would like to thank architect Rem Koolhaas and the construction company Züblin and we look forward to the final phase before moving in.”

Jörn Beckmann, member of the board of Ed. Züblin AG: “We are delighted and proud that Züblin was selected for the realization of this extraordinary project. The always-constructive and collaborative spirit as part of a team with Axel Springer and all project partners was decisive in ensuring the success of this highly complex construction project. Like the spectacular and innovative architecture, the execution of the new Axel Springer building was also exemplary in terms of the advance of digitalization in the construction sector.”

Rem Koolhaas, architect and founder of the Office for Metropolitan Architecture (OMA), whose design was chosen over 18 competitors in early 2014, was also present for the ceremony: “We were tasked to design a building that would embody the digital transformation of Axel Springer. This building is a flexible tool for an organization in transition, and we will follow with great anticipation and high hopes how Axel Springer breathes life into the building in the years to come.”

The new Axel Springer building was awarded a gold certificate for sustainability by the German Sustainable Building Council (DGNB e.V.). Johannes Kreißig, Chief Executive Officer of DGNB e.V.: “The DGNB certificate demonstrates that the new Axel Springer building has taken the diverse aspects of sustainable construction into account in a comprehensive manner. It’s an important signal that the company gives the issue of sustainability the importance it deserves.”

After the symbolic key handover, the coming year will be dedicated to opening the new building for business. Axel Springer will celebrate the official opening and inauguration of the new office building with a series of events highlighting both an awareness of the historic significance of the location and an eye toward the future of the company.

„Special building for new work“: Video shows the working worlds of the future

Up-to-date information, photos and videos of the new Axel Springer building are available at www.axelspringer-neubau.de. The documentary “DAS FUNDAMENT” (“THE FOUNDATION”) examines the history of the grounds and surroundings, while “AUFBRUCH” [“AWAKENING”] takes a look at what the new building is designed to achieve for Axel Springer and what opportunities it offers, but also how it challenges the company to grapple with the future of work. 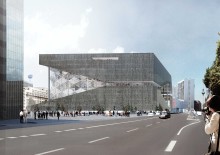 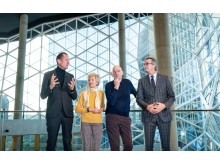 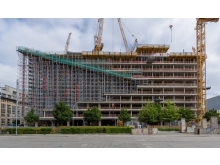 And important milestone: on 4 September 2018, ZÜBLIN celebrated the topping-off ceremony for the new Axel Springer building in Berlin . 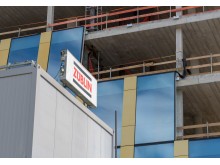 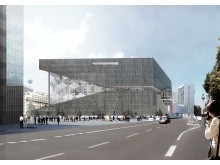 Ed. Züblin AG has been commissioned by Axel Springer SE to build its new building in Berlin. ZÜBLIN will realise the project as general c...